Who do you prefer as your boyfriend?
Lin or Tom?
As you read the chapter, think about that XD

Wallet, cellphone, keys, my bag, my documents… Lin went through his mental list once again. He had lost count of how many times he had done that. And he had a feeling he would still do it a few more times until he got out of home.

However, it didn’t matter how many times he had gone through his list; his stomach still tightened as the minutes for his first day at work approached. Ah, damn… I feel like I’m forgetting something…

“You’re just nervous because it’s your first day,” Thomas said, yawning. As he buttoned his shirt, he approached Lin and kissed his boyfriend on the cheek. “Don’t worry. Everything will be fine.”

“Thanks…” That kiss was enough to make him relax and his stomach to untighten a little.

“You got everything right? Your wallet, phone, keys, documents, lunch?” Thomas asked. “Knowing you, you probably have a list you went through hundreds of times just this morning.”

Lin couldn’t help but smile. He was thinking the same as me… “Thanks, but I think I got everything. And for your information, it was only a few dozens, not hundreds.”

Thomas laughed and then pretended to cry as he hugged his boyfriend. “Good, good. I’m so proud of you.”

“Thanks, mom. Now can you hold my hands and take me to my class?” Lin joked and laughed. When he stopped, his smile grew smaller. “Too bad it’s not—”

Before he could finish, his boyfriend held his lips.

“I’m gonna stop you right there. Those words shall not be spoken in this house, remember? We did have that conversation yesterday, young man.”

Despite Thomas holding his lips, Lin smiled and nodded. Only then he let go and handed the car keys. “Good. Now drop me at work and you can have the car for the day.”

“Yeah, I know you don’t need it, that you can take the bus and all that. I know you and what you’ll say,” Thomas stopped Lin before he could even start. “Please, take the car at least for today. I don’t want you worrying about traffic or anything else other than your first day.”

Lin opened his mouth, but he didn’t know what he could say that was repetitive. Instead, he kissed his boyfriend on the cheek. “I love you.”

Thomas blushed and smiled. “Let’s get going. You can’t be late for your first day. And I love you too,” he mumbled the last part, making Lin’ smile grow.

With a smile, the guard welcomed him and let Lin through the gates of the Aquatic Complex of the Prado Maranhão family. When he parked the car, he took a deep breath. It was so deep his head got a bit dizzy. I need to stop doing that, he thought with a wry smile, clutching the steering wheel with more force than necessary.

It wasn’t the first time he did that. He had taken a deep breath after he dropped Thomas at work. And then another when he saw the huge building of the Aquatic Complex. And one more to gather his courage before exiting the car.

Ah, damn it… I shouldn’t be this nervous… I’ve worked before… even if they were internships…

Lin rubbed his hands, clapped his cheeks a few times, and then blew all the air from his mouth. That’s right. Just because it’s my first job, I shouldn’t be this nervous! I should be excited. Yeah!

With his spirit renewed, and his stomach not as tightened as a few moments ago, Lin headed in the direction the guard had pointed to him. He had researched yesterday as he waited for the interview. The building was a bit apart from the others inside the complex and served as the leisure area for both the athletes who lived here and the public who wanted to enjoy swimming pool and the club’s facilities.

As he turned, someone waved and smiled at him. It took a moment, but then he recognized who it was.

“Cris?” Lin couldn’t hide his surprise when he saw the man dressed in a blue swimsuit. That looks like those Japanese school swimsuit… Tom likes those…

“I almost didn’t recognize you without the dress,” Cris joked.

Lin let out a weak laugh. “I can’t say the same about you…”

“Of course not. I’m cute no matter what I’m dressing in.” Cris moved his head, making his long black air flip over his shoulder like in a hair commercial.

“I can’t disagree.” Lin laughed. “I bet Nelson loves that.”

“Yes, he does. And I can teach you all about it becoming cute. I’m sure Tom will like it too.”

Lin blushed and put a lock of his blond hair behind the ear. “Y-yeah, he already does…”

Cris narrowed his eyes for a moment. Then he beamed. “No way! You two got together?”

With an embarrassed but happy smile, Lin nodded. “Yes. We talked when we got back from the wedding and then realized we loved each other.”

“That’s awesome!” Cris stopped smiling and observed Lin carefully, his eyes lowering. Then he flashed a mischievous smile. “And by the looks of it, you two got together.”

Lin’s face became a wild shade of red. However, he had no intention of denying him and the man he loved had made love. “Yeah… many times,” he mumbled, even more embarrassed.

“In two days? Not bad, Lin. Not bad at all. I remember like it was a few days ago… You were this young boy dressed like a girl, wondering if you and your childhood friend could be more than just that. You’ve grown so much since then. I’m so proud.”

Even though he was embarrassed, Lin couldn’t help but laugh. “Thanks, I guess.”

“I just hope all the lovey-dovey with your new boyfriend doesn’t get in the way of your job.”

“Speaking of that, thanks for getting this job. When I mentioned it at the wedding, it’s not like I was trying to get one just because of your family…”

“I know, I know. And I didn’t get you the job. I only got the interview. The rest was all you. Trust me. My family isn’t the type who’d do something like that.”

To Lin’s surprise, those words made him feel better. “Thanks anyway.”

Cris let out a hollow laugh. “Leave the thanks after the job starts. I’m wondering if you can say that by then…”

“Yes and no. I mean, everyone is wonderful. Most have been working together for years, but I’m sure you’ll adapt in no time…”

“But…?” Lin insisted when he sensed Cris’ hesitation.

He flashed a wry smile. “Some of the kids can be… let’s say handful… When kids are on vacation, it’s like they get possessed by the devil…”

“It is… But it’s fun too. If you have the energy to keep up with them, that is. I worked in the camp a few years ago. I left exhausted every day,” he said with hollow eyes. Then he smiled. “Despite my words, I can’t deny I liked it. Even though I was taking care of them, it was like I was a kid again. I’m sure you’ll feel the same.”

“Don’t worry. Everyone will help you.” Cris flashed a huge smile that made Lin less nervous.

Hope you liked the chapter
Wonder if Cris will appear more….
But I wanna show Tom and Lin as BFs XD

If you enjoyed Married (♂x♂) you should check out Please Call Me Teacher!
It’s a great, fun and super cute BL ecchi rom-com about a cosplayer teacher and his painter student. 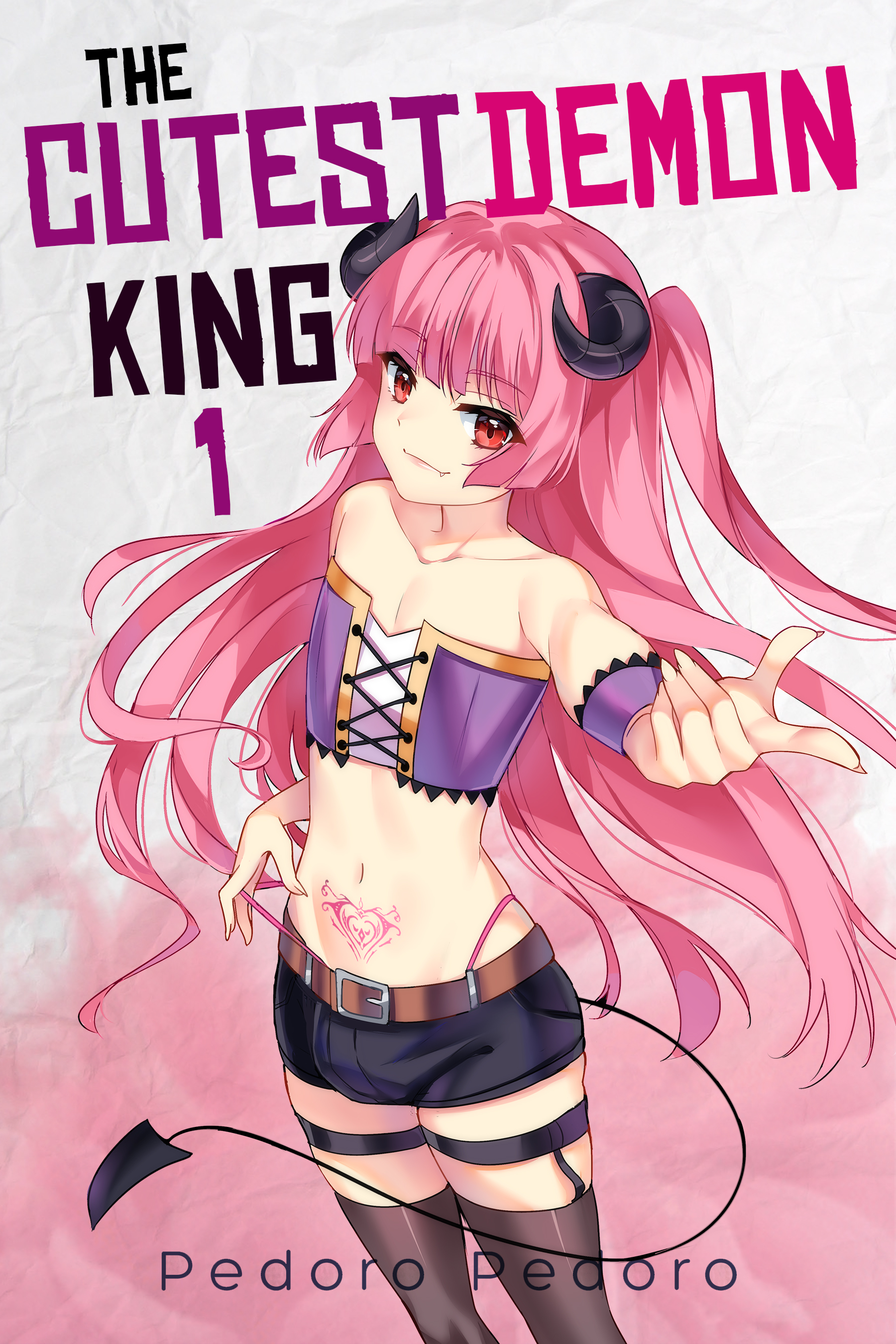 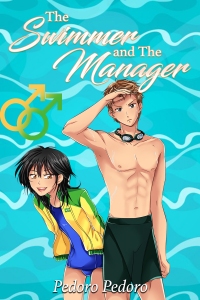 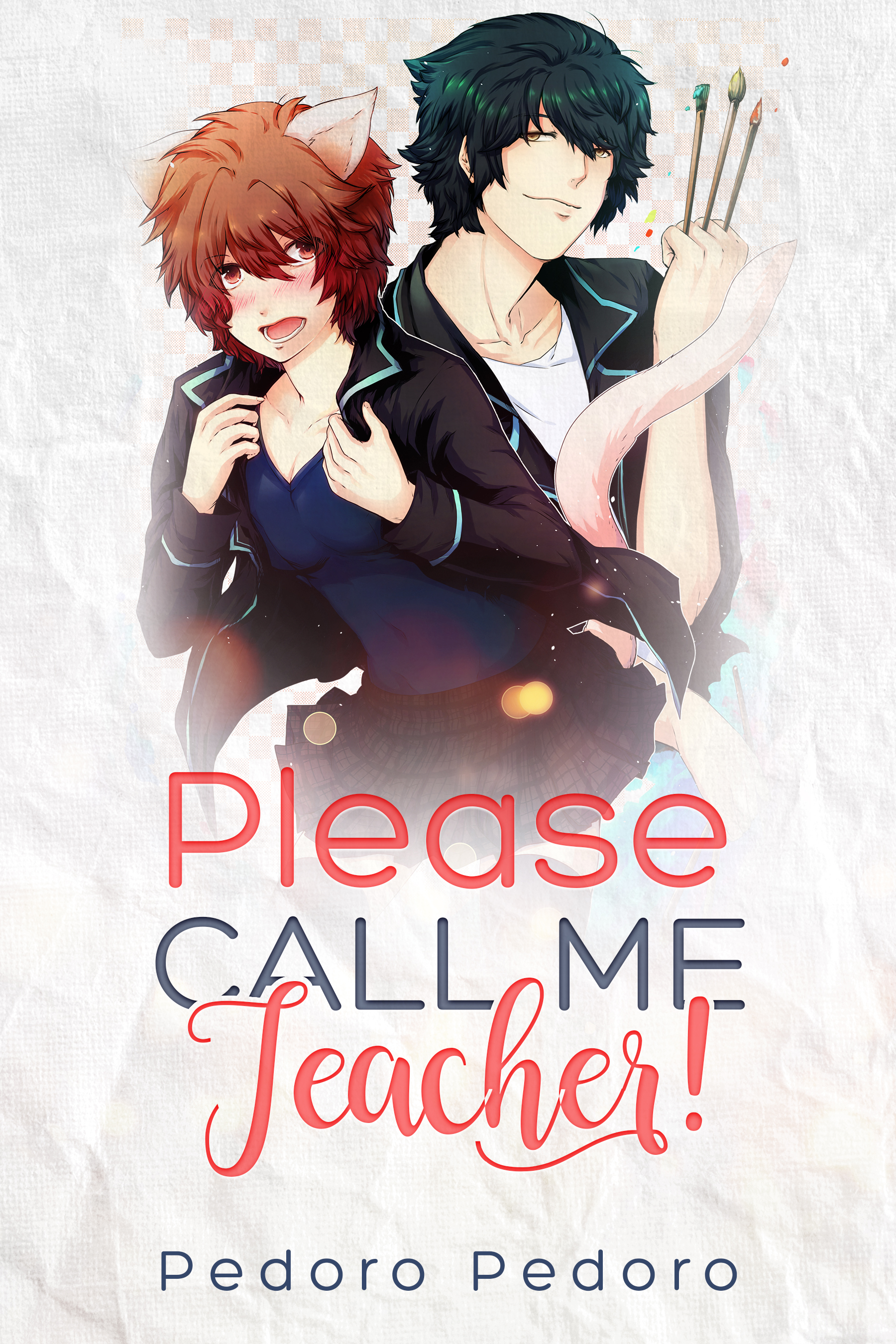